Not going to go into everything here, but I had to ring up Tesco’s on 3 separate occasions to argue over the Euthanasia and Cremation fees for Blue.

According to their latest Policy details which I downloaded from their website, they offer £150 towards saying goodbye to your pet, so you’d have thought when we got the reimbursement cheque from them for Blue’s final vet bill (£1200+) you’d have expected that this would be included in the amount, it wasn’t.

After discovering this Mel rang Tesco’s who told us we were not covered for these cost’s, after hearing this I rang Tesco’s quoting their Policy verbatim :

“Saying goodbye – if a vet decides your pet should be put to sleep, we will pay up to £150 towards the cost of putting your pet to sleep and cremation or burial of your pet. “

It was at this point that Tesco’s informed me that this was only eligible for new policy holders or an any policies renewed after 26th Nov 2013, unfortunately, Blue policy renewal date was not until 11th Oct 2014, so we did not fall into the group of policies that were eligible.

Now its bad enough grieving for your lost friend without a multi-national like Tesco’s rubbing salt in the wound, so as was the case with Blue’s second TPLO Surgery which Tesco’s at first refused to pay for, I choose to not just say “OK” and walk away, I argued the point with them, explaining that we’d been a loyal customer for over 6 years and that why are new policy holders being rewarded and loyal customers not . .  no answer . .  I asked to speak to a Manager, but was informed that none were available and they would call me back before 5:00pm (this was at about 1:00pm).

At 4:30pm I decided to ring back and once again was told that due to Policy we were not entitled to the reimbursement, again I argued my point and asked to put in a complaint, which I did, the woman on the call this time was alot more understanding and was very supportive of the fact I’d just lost my best friend and did’nt need this sort of stress and said she would have a chat with her Supervisors.

Move forward an hour and I receive a call from the same woman, giving me the good news that considering how long we’ve been with Tesco’s and the nature of the complaint, Tesco’s have decided to now reimburse us for £150 worth of the £284 pound cost of Blues Euthanasia and Cremation.

I thanked the lady for her help in resolving the issue, though I did say I wasn’t happy with the fact I’d had to argue, to which she would let her Supervisors know.

So once again taking No for the first answer has now resulted in a payment from Tesco’s Pet Insurance, I just wonder how many people have had the same conversation with Tesco’s and due to the upset of losing their Pet have just not been inclined to argue the point and walked away from it all.

Tesco’s have over 67,000 people following them on Google+ , lets just say half of them have Pet Insurance with Tesco, that’s 33,500 people and lets say again just a twentieth of those have had a pet die in the  the last 12 months and only half of those have argued the point about the “Saying Goodbye” payment, that’s well over £125,625.00 that Tesco have saved in not having to pay out.

Pretty appalling figures, but these obviously aren’t the true figures these are just random figures I’ve put together using their Google+ follower numbers, guessing there are actually much more than 33,500 people who have Tesco Pet Insurance, I would love to know the real figures on this, as I imagine it would be alot lot higher of those refused first time for the saying goodbye payment.

So once again please be aware of how Tesco treat pet owners and how to do your pet justice you should never take and Pet Insurance company’s first answer and argue the point with them, though obviously make sure you have some valid points, or play on their conscience (some of them do actually care) and if that doesn’t work, try spreading your story on Social Networks such as Facebook/Twitter/Tumblr/Blogs and hope that others then also share it, it doesn’t cost anything to write about your experiences with an Insurance company and by doing so your warning other’s of that company’s pitfall’s and hopefully they won’t suffer the same problems or pain.

Finally that little post you put up on those Social Network might just get spotted by someone at that Insurance company and they just see how much it’s been shared and then realise that all that negative publicity might just start eating into their profits and decide that maybe they should start treating the customer as King and resolve those issue’s you had with them. 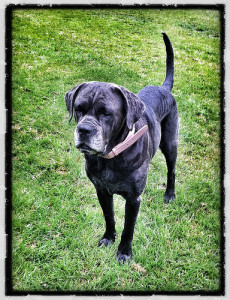 In memory of my little Princess Blue Blue Maggie Mooo, who I always fought for