Another emails arrived in my inbox this morning supposedly sent by Sage : 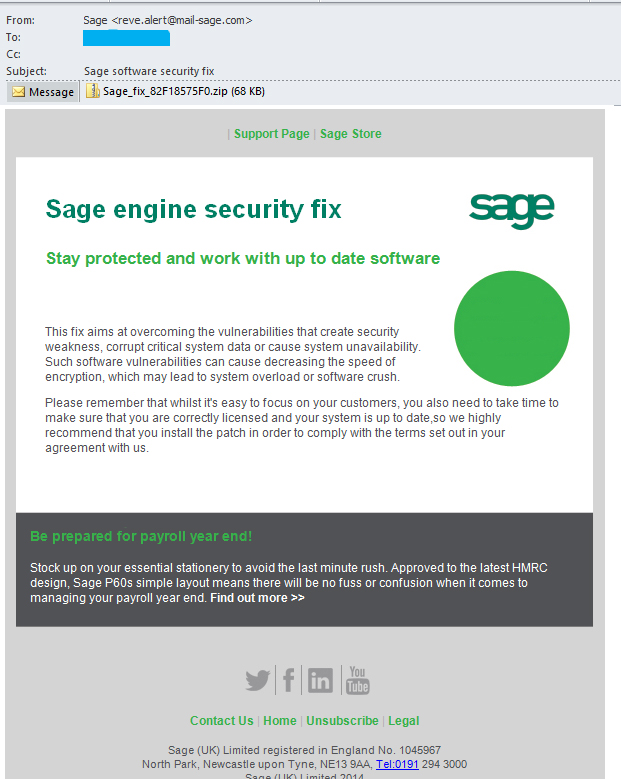 However unlike the earlier HMRC and eFax emails, this one doesn’t say it has an Invoice attached, it informs you that its a security fix for Sage software you might have.

As you can see from the file name it’s still and executable file, but then again you might expect a software fix to be an .exe file, but believe me when I say it’s not a fix.

If you run this .exe you’ll more that likely be either turning your PC into part of a larger bot net or allowing unscrupulous people  access to your PC where they will no doubt then be able to steal your data/Bank Account details or commit fraudulent activities on your PC.

As with the other spam/phishing emails I’ve mentioned on the blog, best thing to do is delete them and if you’ve been unlucky enough to open the attached zip and run the Sage_Fix, disconnect your PC from the Internet and any Networks your attached to and run a Virus/Malware Scan and hope your Virus software can resolve the issue.