Arma III : Wasteland Tips and Tricks No 6 – Other ways to make money

Other ways to make money in Arma III Wasteland 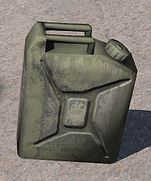 You’ll notice when hunting around towns and buildings that there are randomly spawned Fuel Can’s, which under normal circumstances you would add to your inventory in the event you were heading to either a “Capture Vehicle” or a Downed Helicopter”, as you would need this precious fuel to get these particular much sought prizes moving again.

But say you were a fresh spawn and you wanted to head to a Gun Store and start to kit yourself out in much-needed guns and equipment, you could instead start collecting these Fuel cans and placing them into your 4 Slot inventory and once that’s full load any remaining ones into a vehicle.

Now why would you do this you may ask ?

Well each of those fuel can’s at the last count  sold for approx. $100 each at a Gun Store, so even if you have only used your 4 Inventory slots, that’s an extra $400 to spend on Night Vision and a decent scope for the gun you have already hopefully found in one of the many abandoned vehicles.

Do this a couple of times and if your very lucky you could soon be kitted out with all the kit you need to survive for a bit longer, but don’t stay in that Gun Store to long.

Another thing you’ll see around the towns and buildings are Repair Kits, these little silver briefcases are a godsend when you’ve crashed your only transport into an impassable tree or wall, they are also a necessity when going for the “Ammo Truck” mission, as you need to repair the Ammo Truck before you can take it away.

Well again by placing these in your 4 Inventory Slots you can make yourself another $400 to spend at the Gun Store, as each one is worth approx. $100

Now just because someone’s told you not to approach or try to catch snakes in the wild if they bite you, doesn’t mean that they are not worth catching in Arma III Wasteland.

These slippery little customers are again worth money, catch 4 of these and take them to the Gun Store will get you I think again $100 each, so there’s another $400 to spend on that gun your after.

I’ve saved the best till last 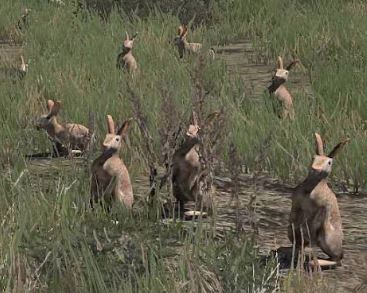 Now the best way to get some money without any risk is by collecting yourself a Rabbit or four, these little beauties are worth . .  wait for it . . .  $200 each, so get 4 of these and that’s $800 to spend at the Gun Store.on the things to kill people with . .

Well I hope this little tip helps you enjoy Arma III Wasteland and helps you get kitted out and survive just that little bit longer.

If you have any Tips and Tricks you’d like to share, please feel free to post in the comments and I’ll more than happily add them to my next Arma III Tip and Tricks post.

2 thoughts on “Arma III : Wasteland Tips and Tricks No 6 – Other ways to make money”